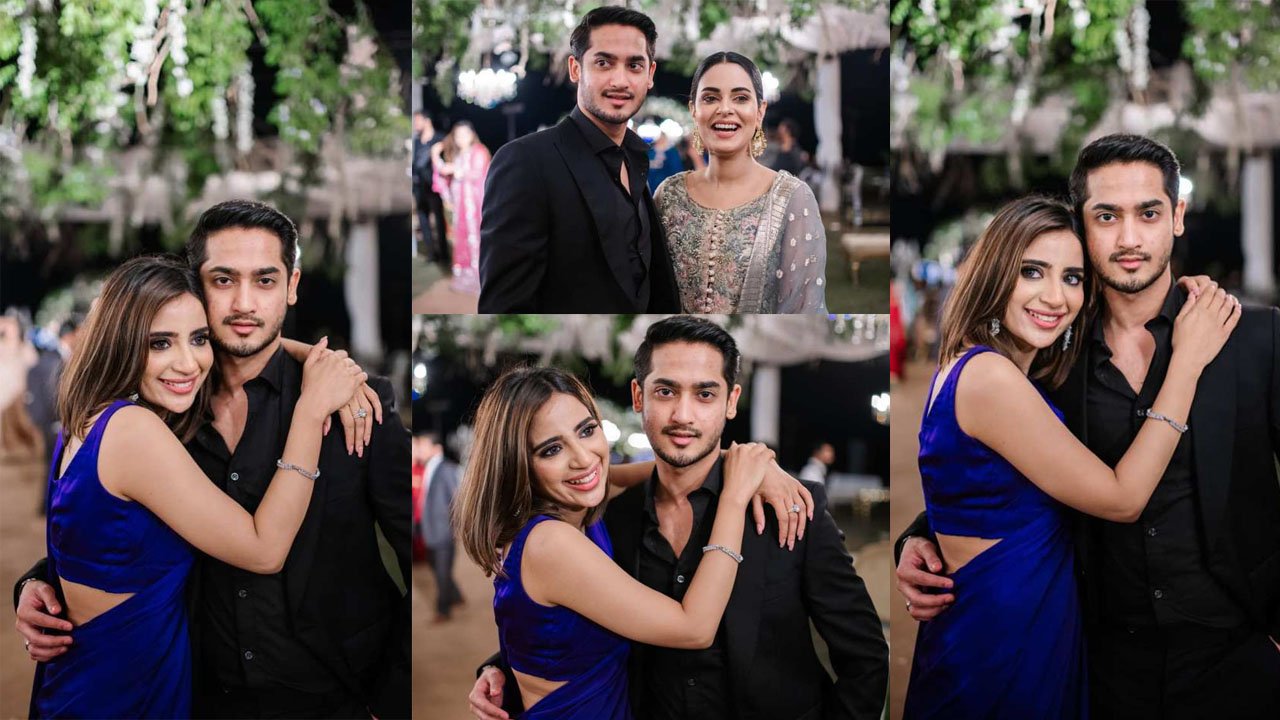 Saboor Ali and Sajal Ali have only one brother and also Younger from both. Saboor Ali shares some Adorable Pictures with her brother Ali at Wedding Function in Unique Dresses. Saboor Ali and Minal Khan become the bold actress wore their own mind dresses and just enjoy as Freedom they don’t have any type of restrictions.

In Ahsan Khan Show Saboor Said That to Ahsan Khan, you Find a perfect Person for me who has all qualities on my list. She said at that time it is very hard to find such a kind of person. She reached the age of 26 Sajal is the elder from Saboor only 1 year. See some New and Adorable Pictures of Saboor Ali with her Brother Ali at the Walima Event.

Saboor Ali was considered on third Walk 1995 in the city of Lahore, Pakistan she spent her adolescence and finished her schooling there however later moved to Karachi for her profession. In the wake of finishing her schooling she joints the showbiz business following the strides of her sister.