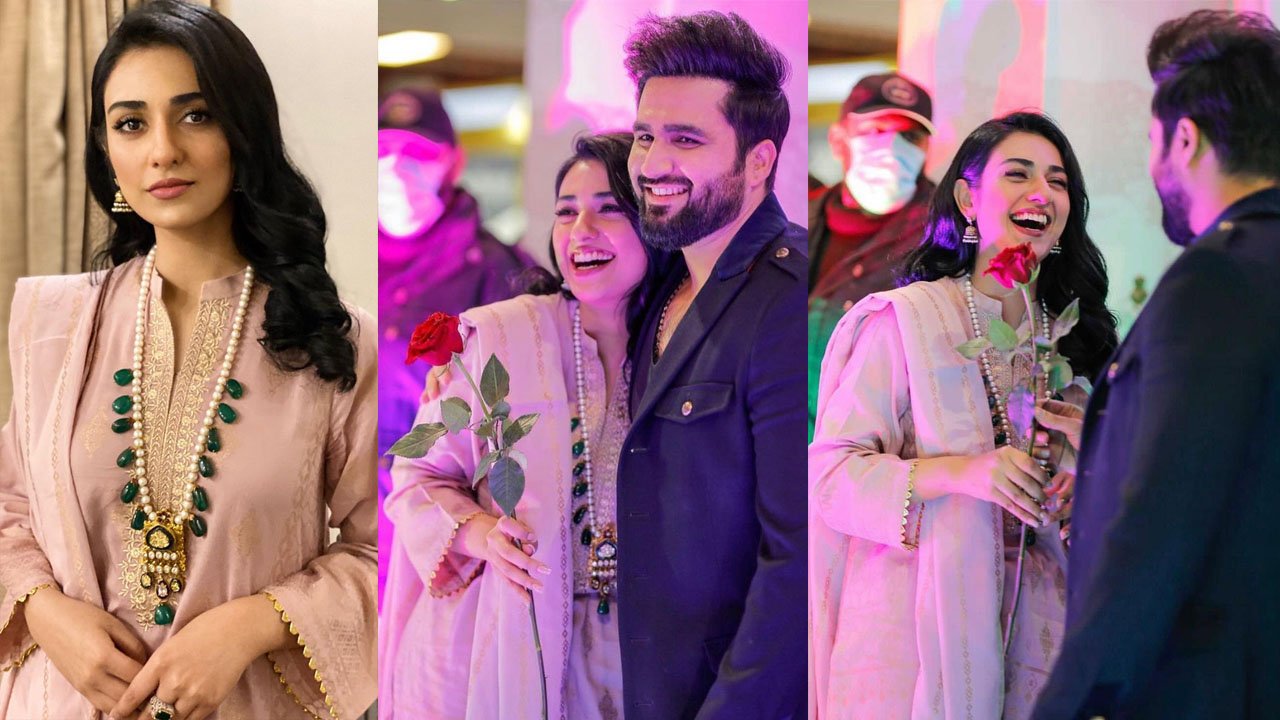 The phenomenal actress of Pakistan showbiz industry Sarah Khan has recently got married to famous singer Falak Shabbir. Falak Shabbir is not associated with the Pakistani television industry but his exceptional voice quality is an Asset for Pakistan. Both Sara and Falak owned a special fan Following in the industry. here are some clicks of this beautiful couple.

The negative character in Sabbat as Miraal showed that how talented and versatile an actress is Sarah Khan. Sarah Khan innocently featured face is very attractive. Therefore Falak never misses any chance to express his love for his stunning and alluring partner.

The couple was recently seen in Islamabad. They spotted at Bonanza Satrangi’s flagship store launch.     At Mall both interact with fans and have a great time with them. The store was cheered up with their presence. Just check out the beautiful clicks of the adorable couple from the ceremony.

Like all other places, Falk doesn’t forget to make happy his soul mate with Flowers. in pictures Falak can be seen giving Red Flowers to stunning beauty Sarah Khan. Falak is really a loving and caring husband like every girl desire. there are some amazingly featured clicks couple and giving the new generation perfect loving goal.

Currently, she is appearing in the drama serial Reqs-e-Bismil which is on air drama nowadays. In this, she is playing the lead role of Zohra. Imran Ashraf is playing a hero role with Sarah khan. both are giving rocking performances and the audience excited to see their love chemistry. Sarah and Imran are gods gifted for the Pakistan showbiz industry.

Srha Asghar on Honeymoon with her Husband Swimming Pictures