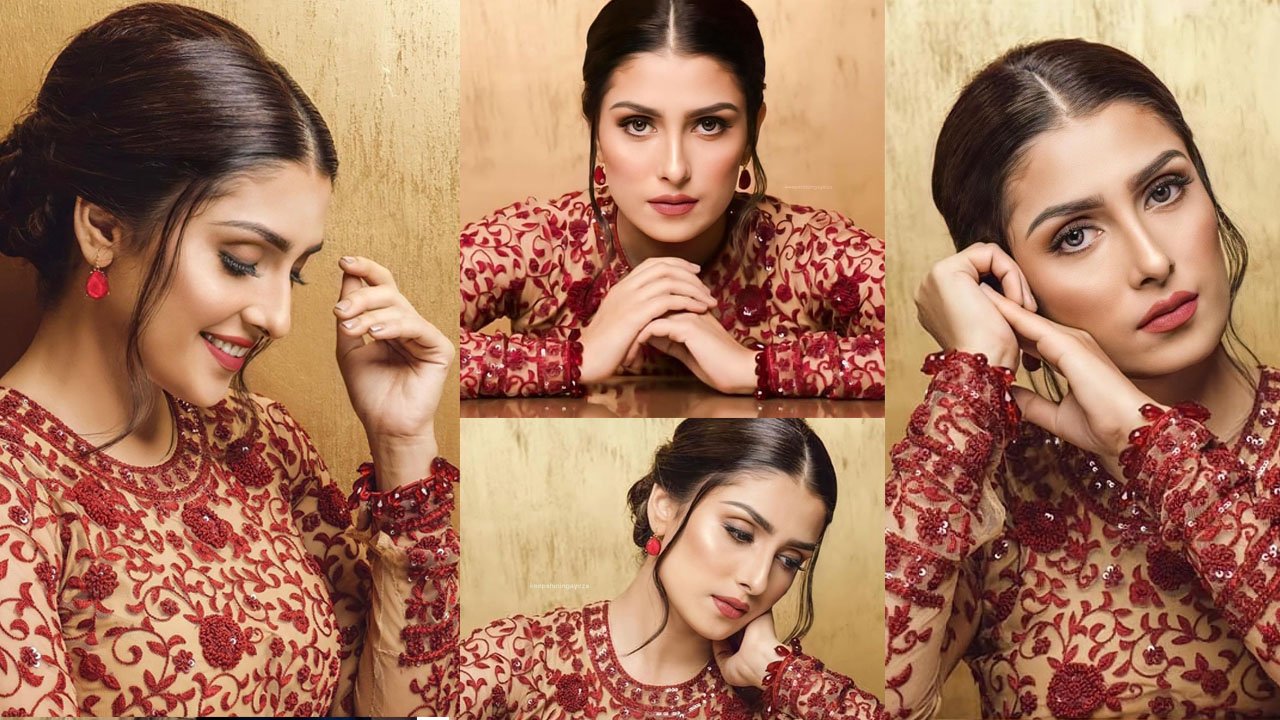 Ayeza Khan and her Husband Continuously working in Showbiz industry without any break. Danish Taimoor also host a Game Show on Bol Entertatintment. Danish Taimoor was done the most hit drama Mera Rab Waris working with Madiha Imam. This is the story based on religious point of View.

Ayeza Khan the super gorgeous actress of Pakistan showbiz industry always made her fans wowed with her beautiful and enchanting look. In her recent bridal shot she was narrating the tale of eastern heritage in traditional dress.

Ayeza Khan have special place in heart of people due to her outstanding performance. She is the most foreseen actress of Pakistan. she always tries different look for her photoshoot. Her Instagram is full of her photographs which are being added on daily basis. Have look on her some beauty clicks.

She has performed in many hit dramas like Mare Pass Tum Ho. The Meharposh stunning lady has more then 7.2 million followers on Instagram. Every famous brand now looks toward Ayeza for branding. Ayeza Khan’s glamor is endless and she has been in the list of beautiful women in the world.